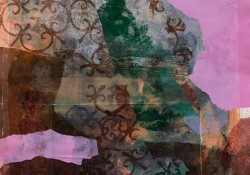 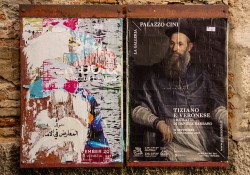 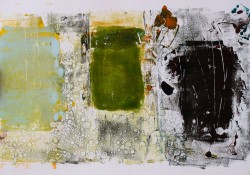 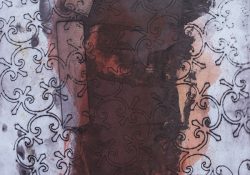 Click on the images above to see a selection from each series.

Throughout Autumn 2015, I was International Residency Coordinator at La Scuola Internazionale di Grafica in Venice. I made an entire new body of work, principally using printmaking techniques, but also encompassing photography, digital graphics, walking as practice and an extensive research-based blog called ‘Walking in Circles’.

All my work is site-responsive and based on observation. The starting point for exploration was the fabric of the city itself, the walks I made thorough it, the research that informed my exploration of it, and the stories that were recounted to me during my three months there. There are four distinct series of new work using printmaking techniques and an extensive series of photographs.

This was an open-ended project exploring the transitory nature of this city and the constant ebb and flow of events, people, nationalities and ideas since the city’s inception. I began by ripping down posters from walls in Dorsoduro. New collages were created from them then combined as digital files with images of boats passing each other and printed as A3/A2 Gicleè inkjets on handmade paper. The collages were then re-sanded and overprinted with multiple relief prints. Some digital images were then printed as ‘replacement’ posters.

This giving and taking to and from the city was a recurring theme of the residency: See the related blog article.

A series of unique monotypes pulled directly from the cleaning-up table, where colours had been laid out and used for other work. There was a structure within the process but complete unpredictability as to the compositional outcomes, fuelling my on-going interest in unplanned and unintentional ‘drawings’. The question for me was ‘do they capture a sense of place better than the intentional work’? The light within them certainly appears to ‘breathe’ more openly: they are less dense, and they use the printmaking process as a driver, rather than as a means to an end.

A series of prints made in the UK after the 3-month residency in Venice. Laser-etched plastic (acrylic) sheets over monotypes. All works approx. 70cms x 50cms on Somerset paper

This series of work uses found objects, which are deliberately marked and blemished using chance and ‘accidental’ strategies, then overlaid with carefully constructed exquisite patterns and designs from wrought-iron window grates. They are printed over one-off combinations of monotype and painting on paper,  with half-remembered colours from walls and surfaces in Venice.

I think, nesting at the back of my mind and informing the visible, is the fact they might be about the fragility of even the best-laid plans…