Talking With the Dead: Part 2

Until the early 19th century, Venetians usually buried their dead under paving stones within the central city: not a salutary practice, particularly in times of pestilence. So the Austrian government-in-occupation decreed in 1837 that San Michele would be the only possible burial ground for most Venetians. There are much older graveyards though: the 14th Century Jewish burial ground on the Lido, the hospital cemeteries and the communal plague pits on the Lazzaretti islands.

From one of these comes the virally dispersed story of the skeleton that couldn’t talk at all. Matteo Borrini, of the University of Florence, found the skeleton of a woman with a small brick in her mouth while excavating mass graves of victims of the Venetian plague of 1576 buried on Lazzaretto Nuovo. There is evidence to suggest some people In the Middle Ages believed that the plague was spread by ‘vampires’ which, rather than drinking people’s blood, spread disease by chewing on their shrouds after dying. Gravediggers put bricks in the mouths of suspected vampires to stop them doing this. The belief in vampires probably arose because blood is sometimes expelled from the mouths of the dead, causing the shroud to sink inwards and tear. The Wichita State University in Kansas found similar skeletons in Poland. 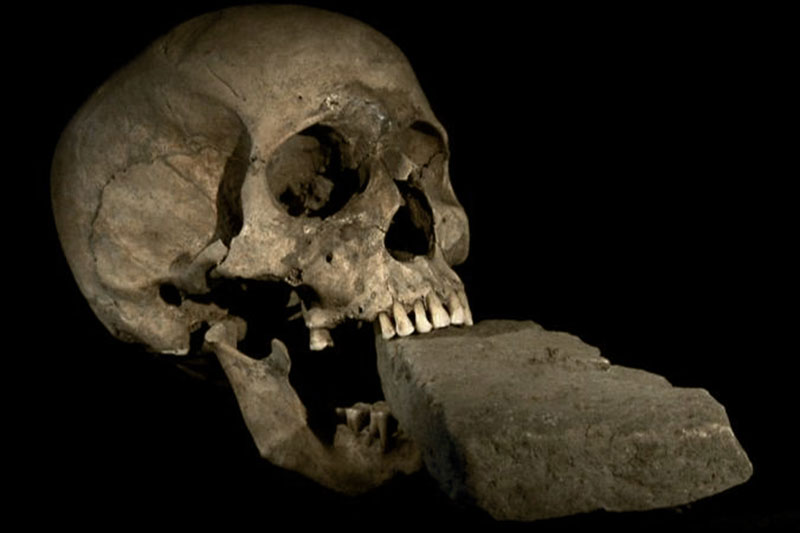 Another skeleton that couldn’t talk is that of Mother Vittora Gregoris, from the Convent of San Francesco Alla Vigna, who died in 1947 ‘in the odour of sanctity’. Her tomb is in the section reserved for nuns on San Michele. When near death, the nun told other sisters that when her grave was opened, her body wouldn’t be found. The exhumation took place after only six years: the coffin only contained her clothes and a rosary, but no traces of her bones or body were found… 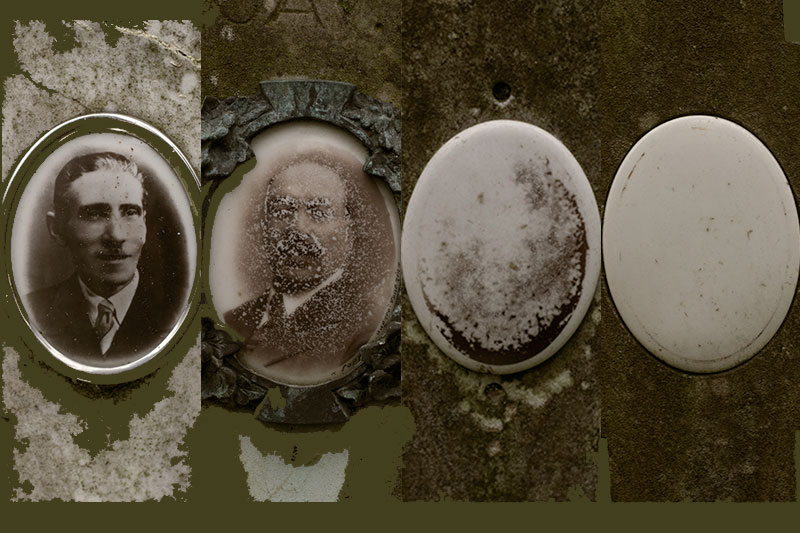 The disappearing dead: it’s a thought I’ve harboured for some time – that we are alive in this world as long as someone exists who holds our image within their living memory. This memory slowly and naturally fades over time until, whilst continuing to influence our ancestors genetically, we once more dissolve into nothing.