An estate agent, bent on rushing Marika and I to the next floridly overwritten apartment on sale (una chicca signori!) took the short-cut from Celestia into the heart of Castello via the Sotoportego Zorzi. I bit my tongue and held back (we were on a mission), but I felt my whole being resisting: “Stop! Slow down! Don’t you see? A transformation is occurring!

During the terrible plague of 1630 all the inhabitants of the Corte Nova remained immune from the contagion that devastated the city. This miracle occurred because the plague personified, in an attempt to get into Corte Nova, had to through this under-passage. He was first paralysed by the icon of the Virgin, then fell poleaxed and face-down; breaking his head open to create the Piera Rosso, a single oxide-red marble among the gray slabs of trachyte flooring. Some people today consider it bad luck to stand on the Piera Rosso, whilst others insist the opposite.

In memory of the fact, the entire Sotoportego was transformed into a kind of chapel, and took on the appearance and value of a large votive space. This is a portal that defies death and prevents disease. We should attempt to pass through it, like a digitally slowed edit, at least daily. 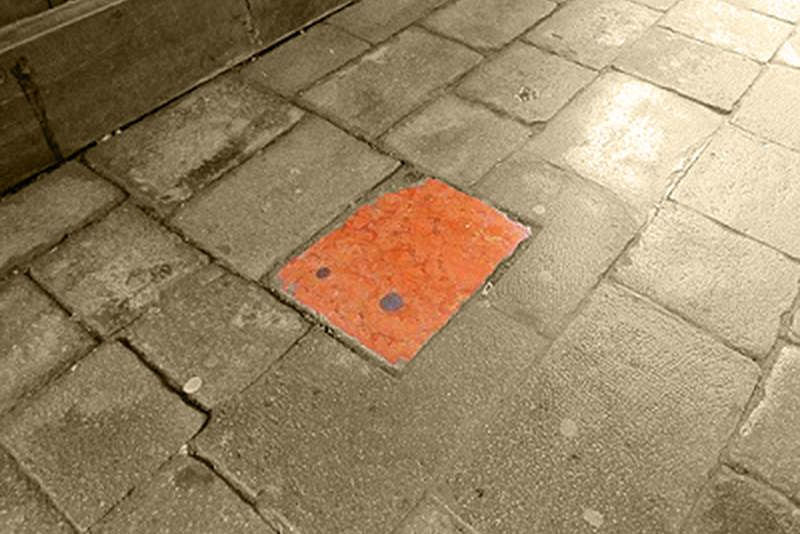