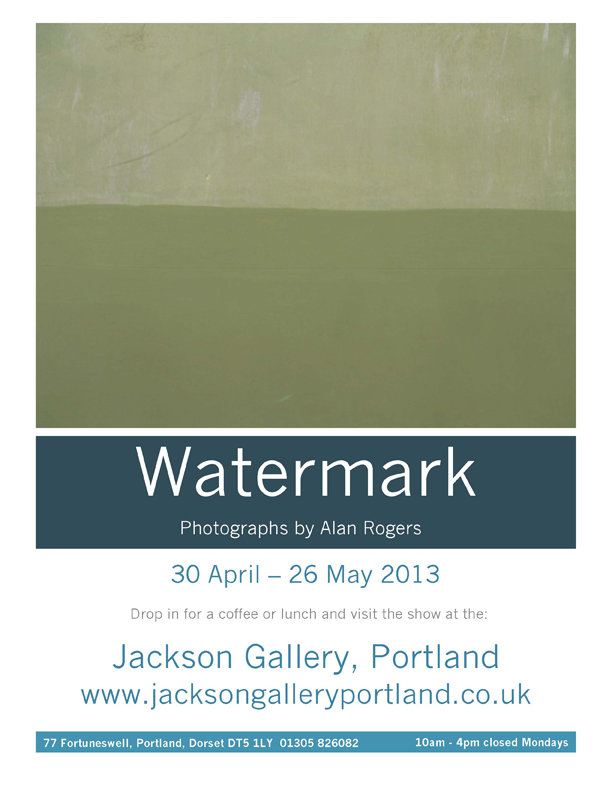 An exhibition of photographs from the Watermark series at the Jackson Gallery, Portland, documenting the effects of maritime environments on man-made surfaces. All the images were taken a short distance from the sea, either in Weymouth, Portland or around the Lagoon of Venice: familiar places I’ve lived and worked in over the last ten years.

It sounds like a dry subject, but the images are charged with the decadence and the colours of oxidization, rot and growth. These are details of places where mankind attempts to tame or contain nature, but where the process of re-integration has already begun, subtly and surreptitiously. The battle between chaos and order has been a subject for artists since the beginning of civilization and I also find it fascinating as a starting point for creative activity.

Over the last five years I co-produced many of the events for the Maritime Mix London 2012 Cultural Olympiad by The Sea and developing the cultural offer in Weymouth and Portland. The pressure of work during this period meant that I didn’t have time to work as a painter, my preferred form of personal expression. In many ways, these photographs represent the inspiration for paintings that never were.

All photographs and the ‘Watermark’ book are on sale at £70 each.